How Changes In The ProSales 100 Are Impacting Everything This Year

2015 was a year of mergers & acquisitions in the building materials industry. When the ProSales 100 list was released we saw major changes in the hierarchy. But what does this mean for the coming year?

While there is no way to know for sure, there are some things that can be deduced.

Shakeups Are Changing The Industry

2015 was the year we saw giants in the industry coming together. But that’s not all – it was also a year of smaller M&A action. NILCO bought out the very well established Babcock Lumber. Beacon Roofing picked up both McClure Johnson and Cassidy Pierce, large players in the Northeast.

We think this simply means the market is contracting. There are new players in the game and some big money on the table. Some companies are ready to be bought and some are ready to be done. None of this is terribly surprising given all of the changes since 2008.

A Few Have The Most

When the ProSales 100 was released, people were shocked. Over half ($28.84 billion) of the total industry revenue ($41.74 billion) was captured by the top ten companies on the list. Companies like Professional Builders Supply and Curtis Lumber jumped 10-15 places on the list. The picture appearing is one of industry giants leading the charge.

For most, this was shocking.  However, insiders in the industry weren’t as fazed. We know new-home starts are at least 25% short of what economists consider to be a sustainable level of construction. The market is drastically better than it was 5 years ago for certain. However, there is still not enough new build business to go around

If you think about it, it makes sense the big hitters are buying up the smaller competition – capitalizing on the largest percent of their market share is a must for the success of their companies. It is exactly this type of company we can expect to see grow to substantially larger sizes in the coming years.

There are undoubtedly still some rough waters ahead, with companies like LBM (who favor smaller home offices) buying up company after company. The question now becomes, how big can a company with this type of structure become before it becomes unwieldy?

As we move forward, will they have continued success or do companies like 84 Lumber follow a better method? With their recent push to expand into the western market, they realized managing a nationwide company from a small HQ in Southwest Pennsylvania was simply not practical. This led them to create a Western HQ in order to manage their facilities along the West coast.

It is important to keep in mind though, many of these mergers or acquisitions are completely friendly. Our country is full of small independent lumber yards with owners looking to retire. With no interested children or private buyers in play, they are happy to see their business become part of something larger.

What we are seeing through all of the mergers & acquisitions is a hierarchy in the building industry emerge that predominantly, is dominated by the heavy hitters. Whether this is good or bad remains to be seen it, however, it does beg the question what is next? What will the coming years yield for the industry as a whole? 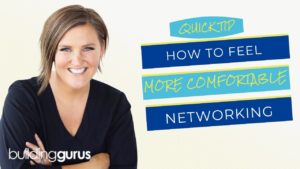